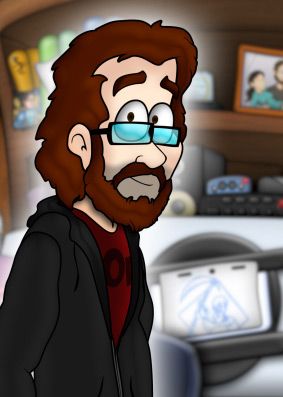 I was born in Athens, Greece. I have studied Visual Communication at University of Central England in Birmingham UK, where I majored in Time-based media (Film-making and Animation), illustration and graphic design, and Illustration for 2D Animation at the Academy of Arts University in San Francisco USA.

My films have been featured in 18 festivals and have won 15 awards.

I have directed and animated the T-Art produced, short animated movies "Osios Gerasimos the Jordanite" (2011) and "Apostle Paul: Journey from Damascus to the Acropolis" (2015) and "Agios Nikolaos" (2021).

I have worked on the Greek National Opera production of Evgenios Trivizas' and George Dousis' "No! You won't get up our noses!", directed by Natasha Triantafilli, with animator Panagiotis Rappas (2021)

My illustrations have been featured in "Pharmaceutical World" magazine (2008-2010).

I consider myself an eager, constantly working, learning and evolving visual communicator.